Cheticamp (LaDigue) is a fishing harbour located in the village of Cheticamp, an Acadian fishing community of approximately 4000 people on the north-western coast of Cape Breton Island. Cheticamp was settled because of its proximity to lucrative fishing grounds and its deep natural harbour. Presently two main industries, fishing and tourism support the local economy. Situated on the scenic Cabot Trail, Cheticamp accommodates as many as 500,000 visitors each year, many of whom visit the facilities.

Annual landings at Cheticamp (LaDigue) are approximately 5,600,000 Kg for a landed value of $18 M. There are 53 homeport vessels and approximately 60 transient vessels, involving 166 active fishers, which use these facilities. These include approximately 33 large crab vessels owned and / or operated by the First Nation (FN) community. Locally, approximately 50% of the Area 19 crab fishers unload their catch at the Cheticamp facilities. Regionally, Cheticamp (LaDigue) caters to transient vessels involved in the herring fishery, offshore crab fishery (Area 12) and the groundfish fishery. Inter-regionally, there are vessels from the Madeleine Islands and Newfoundland that unload groundfish and crab at this location. In the past, the harbour has been a destination to disembark cruise vessel passengers, as host to the "tall ships" and as an industrial site for the repair and refitting of vessels for international usage. The harbour is also used by the Canadian Coast Guard; Conservation and Protection Branch and the Science Branch of the Federal Department of Fisheries & Oceans for research vessels to survey fish stocks. There is a large fish processing plant located in Cheticamp which employs approximately 200 people from various surrounding communities including Inverness, Margaree, Grand Etang and Pleasant Bay. Cheticamp is also home to recreational fishing and boating, eco-tourism involving kayaking, whale watching operations and a deep sea fishing cruise vessel.

c. 1867-1882 The re-dredging of the entrance channel to Cheticamp harbour has been an on-going maintenance project since the completion of the first channel dredging in 1867. The present rate of infilling has led to the requirement for completion of a major re-dredging project on a seven to ten year schedule.

Send us your stories and photos

Do you have some related stories and photos you would like share with our visitors? If so, we would love to hear from you.

In order to showcase the strong vibrant fishing community in Cheticamp the Harbour Authority of Cheticamp welcomes and encourages contributions to our web site from the community. Please submit to the HA photos and historical articles/stories as they relate to the fishing community. Together we can ensure we capture and record our strong fishing history for future generations.

Please visit our Contact page for information on how we can be reached. 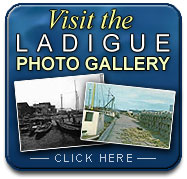